Mr. Qian Tang, UNESCO Assistant Director-General for Education, and Mrs. Vanja Gutovic, Associate Executive Officer, Office of the Assistant Director-General for Education, visited Marin Barleti University, on 11 April 2017. A meeting was organized by the UNESCO Chair “Multiculturalism, Intercultural Dialogue and Human Rights in the Balkans” to welcome and share opinions with UNESCO representatives.  Prof. Dr. Marenglen Spiro, Rector of MBU, Ass. Prof. Zamira Çavo and Ass. Prof. Semiha Loca, respectively deans of the Faculty of Law, Social and Political Sciences and the Applied Sciences and Economics presented the institution and the engagement for promoting human rights and intercultural dialogue.

Mr. Tang underlined the importance of the UNESCO Chairs networks in improvement of the scientific research and the sustainable development and education not only in the regional level but in the global as well. Also, Mr. Tang stressed the role of the intercultural dialogue in the promotion of the culture for peace, in the Balkan region particularly, often affected by inter-ethnic tensions and conflicts.

In the end of the meeting, Dr. Ervis Martani, Director of the UNESCO Chair, presented the activities implemented during the first year and the initiatives foreseen for the next three years. The main aim of the Chair is the promotion of an integrated system of research, training, information and documentation on multiculturalism, intercultural dialogue and human rights. This initiative will facilitate collaboration between high-level, internationally recognized researchers and teaching staff of the University and other institutions in Albania, as well as elsewhere in Europe and in other regions of the world. 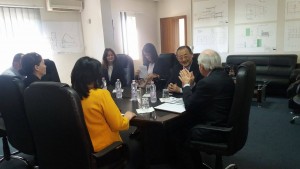 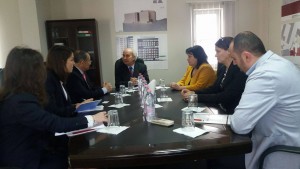 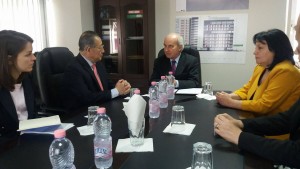 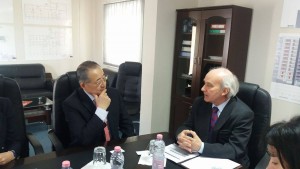 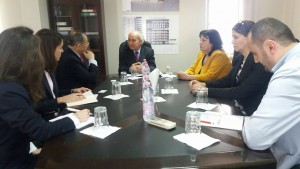